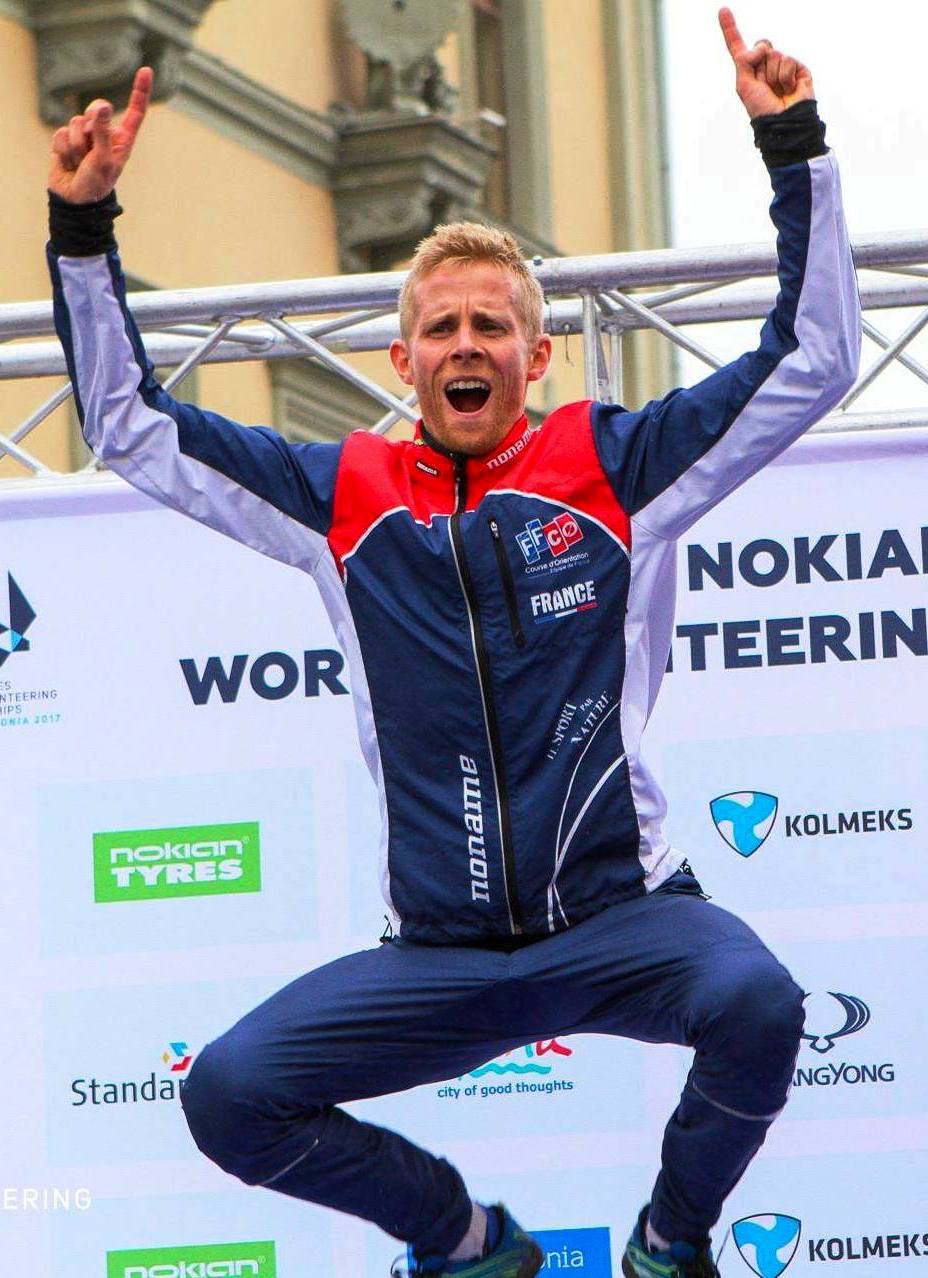 This year, without any European champs in the spring and rather late WOC. There were a good time to prepare and focus to this main goal of the season. After a dens period of competitions until the world-cup round of June (link...), there has been a good period without important races that allowed a good training period. In the end of June and the beginning of July, I had still planned to run few rather important competitions in Finland as secondary goals and also to keep some good competitions routines, before to go back to Scotland for a 3rd and last training camp for the WOC final preparation.


Well, that was the theory. In fact, it didn't exactly go as expected: During a small evening competition (though, where the winner got a bicycle...) in Finland on the end of June, my knee decided to do a battle against a big stone, and obviously lost the game. After that (as much as two days later), I had planned to run two sprints competitions in the row (Huippuliiga and Fin5 stages) preceded by 1 sprint training especially to get a good WOC simulation. I know I can be quite stubborn, so of course I run them. (It was not so painful when warm, at least in the beginning, and finally the knee didn't like it...)


After that, one little week of alternative trainings skipping few competitions was not enough to heal properly and I was up to run one competition week (Kainuu-Rastiviiko) that I finally decided to reduce to only two races: the two last stages of the Huippuliiga series as a secondary goal of the season. (Winning the two previous year, I had quite high ambitions). These races were also selection races for the Finnish WOC team so it meant good competitions, and probably some similar caracter with the Scottish style of terrain. There again, while I decided that I would run, the pain was not a problem, and I actually think (or thought) that it was not too bad. However, toward the end of the last race, I fall down (quite common in orienteering) on the sensitive knee: PERKELE (the knee didn't like it at all!). I was still able to finish the race but the performances was not enough to win the overall Huippuliiga series this time and I had to be happy with the 3rd position.
(Results)

The following week was already the time for the last WOC camp in Scotland where the idea was to simulate the WOC program (in theory: dens WOC program = heavy camp). This time the medical staff forced me to play smarter than a stubborn enthusiastic athlete, so I had the frustrating duty to skip mostly all the trainings and to take care of the injury. A bit frustrating at this time, but surely the smartest solution to be able to run WOC in good condition while only two and half left to the beginning of WOC. Finally, in July, I've spent much more time in the swimming-pool than in the forest, even though as the ones who got the chance to see me (trying) swimming know: I look more like a fish out of the water that a fish in the water...

"Toutes les routes mènent à Romme" ("All the roads lead to Rom"). The last preparation was not exactly as planned, but the most important was secured: be able to run with full capacity the D-day(s)! Good timing! (merci Jeff, the French team physio!)
> Sprint qualification:
I was quite reassured to start the championship with a qualification race, especially to evaluate and fix the current level after a rather chaotic final preparation. I could indeed realize that the competition routines was not so smooth leading to lose of contact while reading the map at wrong timing trying to find inexistent traps caused by olive-green or fences... The speed also had to be "unbridled". Anyway, the result was enough to qualify to the Final, the goal of the day.


> Sprint relay: 7th
Good speed, good motivation to run after other runners and on an almost unknown terrain (no existing map before) and interesting courses with varied route-choices and partly tricky navigation = It was really fun to run and to catch up teams struggling for a podium position. Finally, we finished 7th that we have to be satisfied as our current level.
(World of O analysis - TV replay) 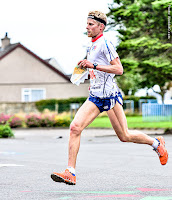 > Sprint final: 33rd
The feeling was a bit different as the sprint-relay: a good old map that could be used to simulate every courses possibilities before the competition, the city allowed to visit making the feeling to be at home while running. Anyway, the orienteering work as to be done during the race to handle the challenge. After the 3 last WOC sprint final disasters (2012 where I jump over the spectator control, 2013 I also jump over a control before realizing one loop later, 2014 running in wrong order in Venice narrow streets), I still managed to do worth or as bad: the train went out of the rails already at the 3rd control that I passed (but realized later), then the battle to the medal was already finished and I was not able to put the train back to the rails making all possible mistakes in sprint like deciding bad route-choices and going in the wrong alley...
(World of O analysis - TV replay)


> Middle:
Rest day for me for me, at least that was the plan: Not easy to stay calm while watching the French team-mates doing the show, and great to see Lucas Basset on the podium.
(World of O analysis - TV replay)

The team was not exactly the one planned originally and it was finally decided just the previous day when our unfortunate international Philou had to withdraw his participation due to injury during the model-event. With a 2/3 different team as last year when we got the bronze medal, we were surely not among the favorites, but our motivation was anyway very high and we had some confidence from the memories of the WUOC (World University champs) 2010 when we got the bronze medal with a similar team. The race went almost perfectly: after a very good first leg by Vincent, and a very solid performance worthy of  WOC medalist by Lucas, I started the last leg in 3rd position just after the GB team at home and a bit before some hunting teams. Most of my race went quite well, but toward the end, lowering my attention cost me a mistake, and a decreasing of self-confident alowed the fast Norwegian to catch me with the GB close behind. Hups, getting tense! Then after pushing hard on the uphill, I made another mistakes where I got stuck behind fallen trees and the Norwegian took the opportunity to pass and get the silver medal. Finally, we were extremely pleased to cross the line in 3rd position rather far behind a strong Swiss team, and before the GB team who probably had big hope at home...

The last but not the least race of the championship leaded us on the marvelous and wild highland of Scotland. They promised a tough real challenge, and I think that they didn't disappoint us! My technical performance was not totally perfect but very satisfying considering the difficulties and I managed to push hard and focus all the way on this rough terrain. So it was truly rewarding to finish on the 4th position only 1'40 (after more than 1h40) behind Thierry Guergiou getting his 13th title!
(World of O analysis - TV replay)
(All WOC results and live center on the WOC web-site)

To conclude, beside the good performances that make us extremely satisfied of the good effort done to achieve them, and taking account of the more complicated things that didn't work always important to develop; I can also say that I enjoyed the trip of this Scottish adventure. Thank you very much for all the supports and everybody who have contribute to make it true! Let's continue the adventure toward the next goals and to the 2016 campaign (maybe after a little break though)!